Plant pathogens are very similar to those that cause disease in humans and animals. Fungi, fungal-like organisms, bacteria, phytoplasmas, viruses, viroids, nematodes and parasitic higher plants are all plant pathogens. 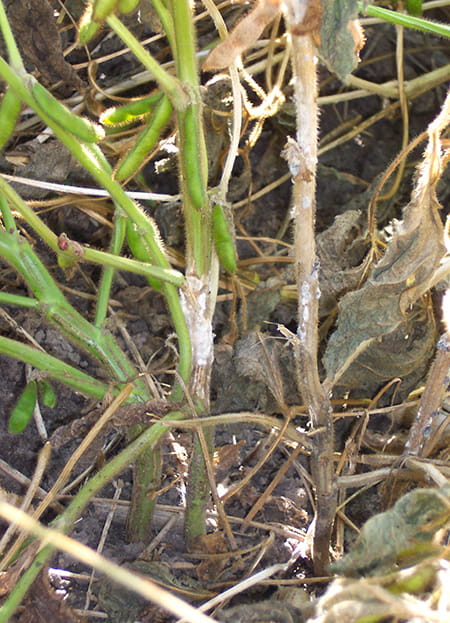 Bacteria are single-celled microscopic organisms with cell walls that reproduce by binary fission (one cell splits into two). Introduction to the plant must occur through natural openings or wounds in the plant. Bacteria overwinter primarily in soil and in or on plant material that does not decompose, but some survive inside insect vectors (Figure 64). 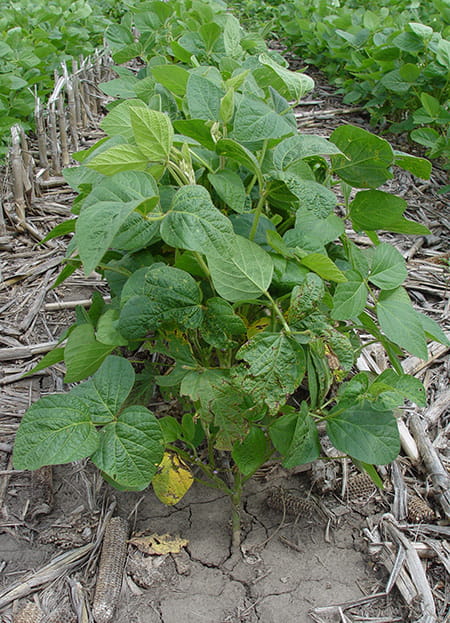 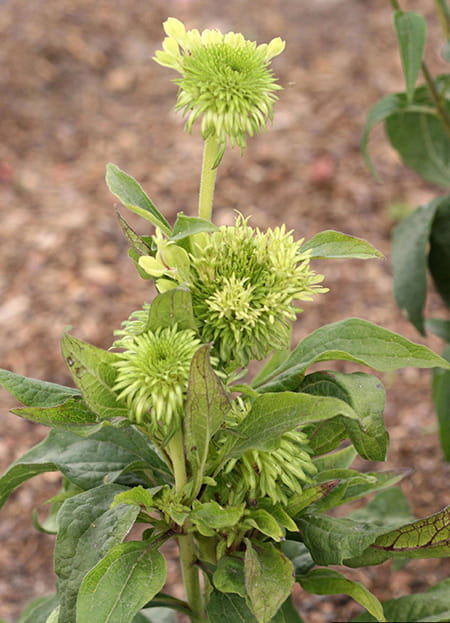 Viruses are intracellular (live inside the cell) nucleic acid particles with a protein coat that infect other living organisms and replicate in the hosts they infect. Viroids are virus-like particles but lack a protein coat. Viruses and viroids are primarily transmitted by vectors including insects, nematodes, and fungi, which introduce the virus or viroid during feeding. Viruses and viroids can also be transmitted through seed, vegetative propagation and pruning (Figure 66). 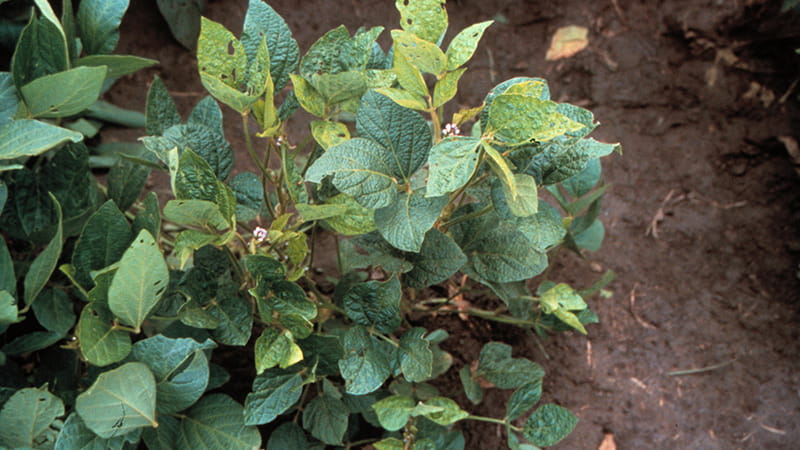 Nematodes are microscopic worm-like animals. The majority of nematodes are soil dwelling animals and move with soil. However, there are some nematodes that are transmitted through insects and infect above ground plant parts (Figure 67). 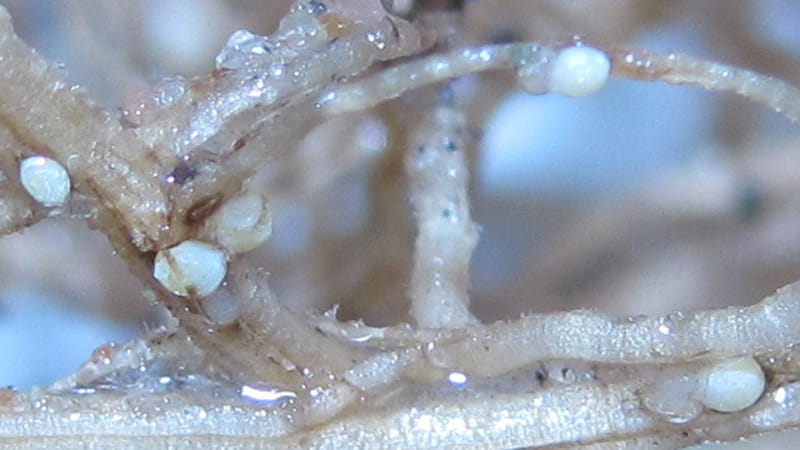 Parasitic high plants are plants that contain chlorophyll but cannot produce their own food. They parasitize other plants to obtain nutrients and water. Examples include mistletoe and dodder. 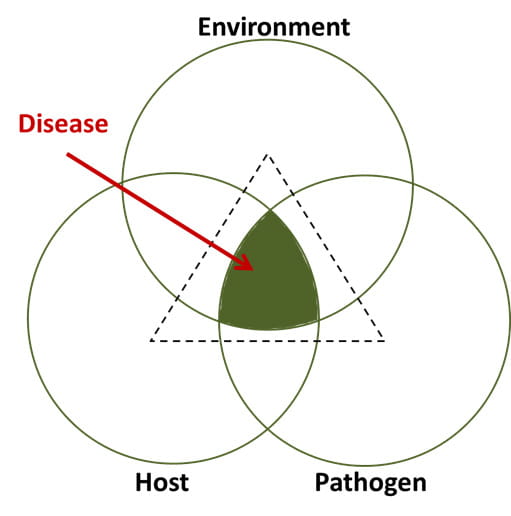 When these three components are present at the same time, a disease (shaded region) will occur if a susceptible host plant is in intimate association with a virulent plant pathogen under favorable environmental conditions. This concept is represented by the shaded portion of the diagram above. When there is a high degree of overlap (as the shaded area becomes larger), there will be a moderate to high amount of disease. (Figure 68). 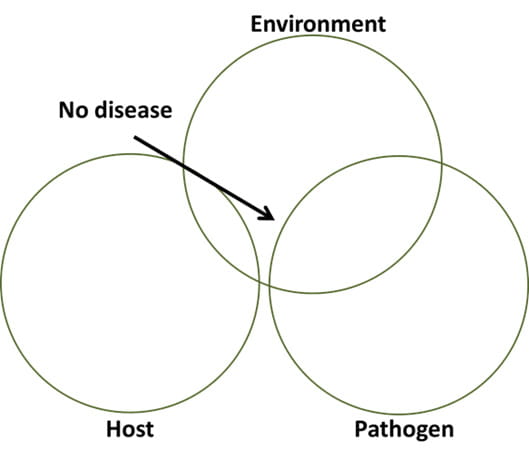 Figure 69, Variables within each component of the disease triangle may affect the presence of disease. This diagram represents a system in which the host is displaying resistance to disease even in intimate association with the pathogen under favorable environmental conditions. 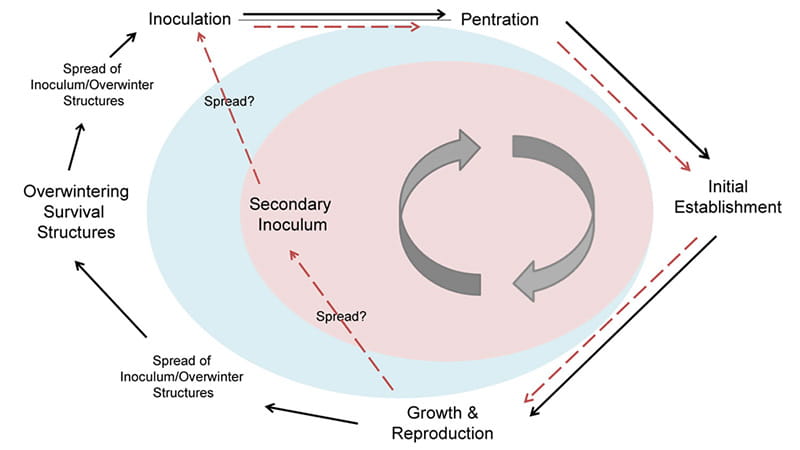 In order for a disease to develop, a pathogen must be present and successfully invade plant host tissues and cells. The chain of events involved in disease development includes inoculation, penetration, infection, incubation, reproduction, and survival (Figure 70).

This describes the introduction of the plant pathogen to the host. Different pathogen groups employ different inoculation methods and are equipped with various specialized mechanisms that aid in the inoculation process. For example, some fungal pathogens release spores into the air and the spores are then spread with the aid of air currents.

Wound sites and natural plant openings, such as stomata and hydathodes, facilitate the entrance of some plant pathogens; others have evolved unique mechanisms for direct penetration. Fungi and nematodes are able to actively penetrate host tissues and cells if environmental conditions, such as moisture and temperature, are favorable for the penetration process.

This occurs when the pathogen invades the plant tissue and establishes a parasitic relationship between itself and the plant. Viruses, bacteria, and phytoplasmas are not able to actively penetrate or enter plant host tissues. Therefore they must rely on other methods to infect plant tissues and cells. Associations with insect vectors have been established by these pathogens to aid inoculation and dispersal.

Once inside the plant, pathogens may undergo an incubation period and remain latent for a period of time before initiating disease.

Plant pathogens can reproduce sexually and asexually. It is dependent on the pathogen.